In partnership with JoyMasher and indie publisher Digerati, we are excited to announce that we will bring the retro-inspired action platformers Oniken: Unstoppable Edition and Odallus: The Dark Call to PlayStation 4 and Nintendo Switch this spring. Both games feature stunning maps to explore, multiple unique enemy types, fast paced action gameplay, and smooth controls.

Oniken: Unstoppable Edition and Odallus: The Dark Call will both launch digitally on the PlayStation®Store and Nintendo eShop in Asia and Japan in the second quarter of 2019. Digital versions outside of Asia for PS4™, Nintendo Switch and Xbox One will be published by Digerati.

PS4 copies of each title will be manufactured to a limit of 1,200 physical copies. Nintendo Switch copies will be available as a Limited or Standard Editions, with a total of 5,000 copies manufactured.

The Oniken + Odallus Limited Edition for Nintendo Switch will contain: 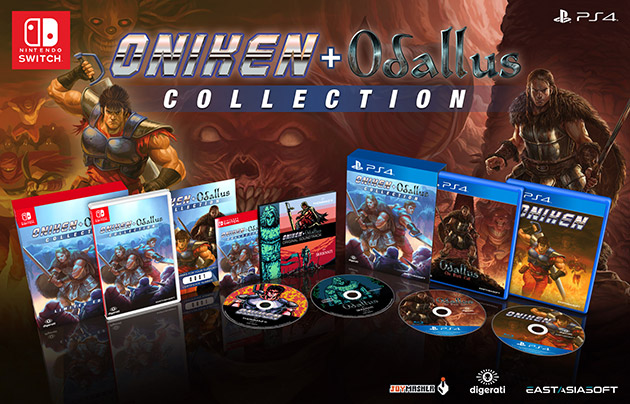 Oniken: Unstoppable Edition and Odallus: The Dark Call have both been localized for the Asian market and are playable in English, Japanese, Traditional Chinese, and Korean languages. 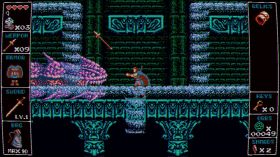 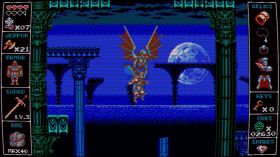 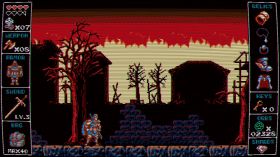 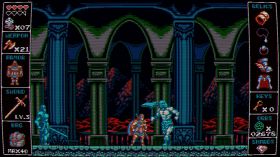 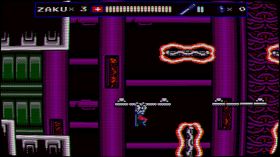