We are proud to reveal that we’ve been developing a brand-new series titled Otoko Cross! Inspired by Japanese “otokonoko” themes and combined with the gameplay style of our popular Pretty Girls lineup, Otoko Cross flips the script to give “pretty boys” some time in the spotlight, perfectly paired with puzzle mechanics that are easy to learn, fun to master, instantly gratifying yet deep enough for long-term replay! We hope you’ll find this to be a true match made in heaven, an experience quite unlike anything else in its genre.

In Japan, the otokonoko style and sub-culture have become a common theme not only in anime and manga but also in real-life maid cafés and cosplay events. The term “otokonoko” is Japanese word play literally meaning “man’s daughter” and refers to males with distinctly feminine manner and appearance, often cross-dressed to charming effect. The style commonly appeals to all sorts of fans regardless of sexual orientation or gender expression. Otokonoko, especially as it’s depicted in anime or manga, can appear pure and wholesome as often as it is lewd or adult in nature. With Otoko Cross, we strike a delicate balance of both! We’ve taken great care in representing this theme with authenticity, tapping into Japanese development partnerships, contracting fresh art and casting male voice talent that properly reflect what fans love about the otokonoko style, all conceived and directed by our own Joshua Michael French (Twitter: @JoshuaMFrench). We want you to be able to fall in love with these characters for their diverse backstories and personalities, appearance and outfit designs!

Our first release for this new series will be Otoko Cross: Pretty Boys Mahjong Solitaire, available now to wishlist on Steam and being prepared for full release very soon. In this fanservice-fueled and highly accessible puzzle game, you’ll need to match tiles to remove them from cleverly arranged layouts and gradually clear the entire playfield. For every 3 rounds you clear, a new outfit will be revealed for your selected otokonoko challenger, each of which starts in everyday male attire and dons increasingly daring feminine looks as you progress and win them over! Unlocked outfits then become available for casual viewing in an alluring Dressing Room mode. Collect them all, and even deeper secrets might await your discovery!

Of course, this is just the beginning for Otoko Cross. Stay tuned for more news on release platforms and additional entries in this exciting new series! As always, thank you for your support, and we hope you enjoy playing Otoko Cross: Pretty Boys Mahjong Solitaire when it launches on Steam in the near future. Wishlist today! 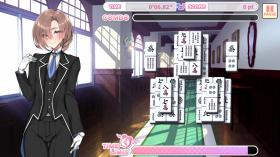 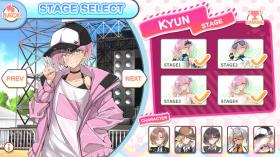 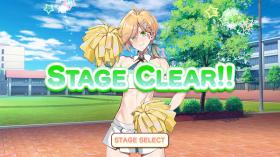 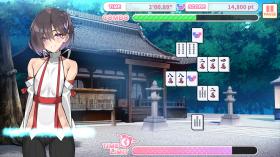 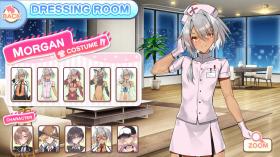