Hong Kong - March 29, 2018 – Eastasiasoft Limited, the independent developer and publisher of interactive entertainment, is excited to launch the action-packed underwater cute-em-up Aqua Kitty UDX from UK based developer Tikipod Limited for Nintendo Switch on April 5th. The game can now be pre-ordered on the Nintendo eShop in Japan.

In the game’s story, due to a sudden mysterious shortage of milk, cats around the world are forced to seek out new sources to get their fix. You and your team of international milk mining kittens have overcome a fear of water to drill down under the ocean seabed and begin extracting vast reserves of what seems to be naturally forming full-fat milk. Get ready for fast paced submarine action, defending the kittens from disruptive mechanical sea creatures.

Aqua Kitty UDX is fully localized in Japanese and will be available at ¥980 (including tax). Players can enjoy a special 10% launch discount on purchases made on or before April 12th.

The Aqua Kitty UDX release trailer can be viewed here. Further information on Aqua Kitty UDX can be found on the game’s official website and in the press kit.

AQUA KITTY UDX blasts onto Nintendo Switch in this enhanced Ultra Edition including an all new epic Dreadnought mode!

You and your team of milk mining kittens have overcome a fear of water to drill down under the ocean seabed and begin extracting vast reserves of what seems to be naturally forming full-fat milk.

The additional Dreadnought mode takes you deep down into the Meowiana trench. There you must fly through and destroy huge multi-screen enemy craft, whilst rescuing imprisoned kittens.

Based in London UK, Tikipod Ltd has been an independent games development company since 2009 and is run by Dugan Jackson. Previously released titles include Iron Crypticle and Rock Boshers DX. 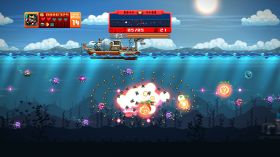 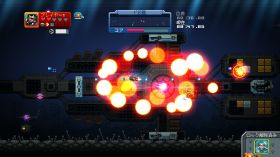 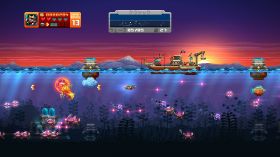 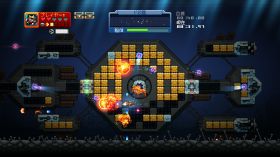 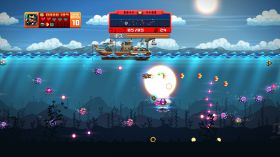