One More Dungeon teleports players back to the ‘90s as it fuses old school FPS gameplay with roguelike elements. If you are looking for procedurally generated levels and pixel-art graphics, then you don’t want to miss out on this hidden gem.

Being a nameless adventure seeker, your job is to reach the final level deep within the dungeon and destroy the obelisks that are used by forces of Evil to invade the world.

One More Dungeon will launch digitally on the PlayStation®Store in Asia on February 16 for US$7.99. The game will be playable in English, Chinese, Japanese, Spanish, French, German and Russian.

One more Dungeon will also be available exclusively at online retailer Play-Asia.com as a physical Limited Edition for US$29.99. A reservation list has been opened today to secure your physical copy. Limited to just 1000pcs per platform, the Limited Edition will contain the following items: 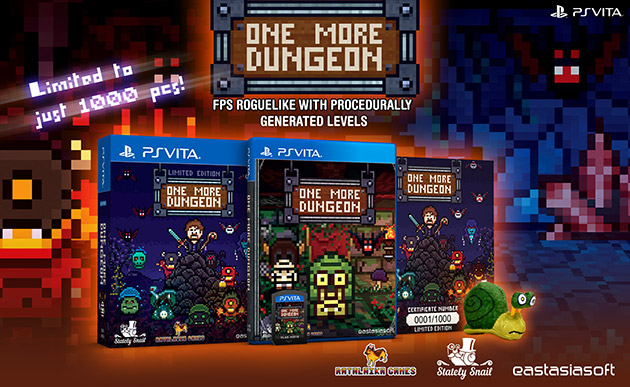 About One More Dungeon

One More Dungeon is a first person shooter roguelike, with procedurally generated levels and pixel-art graphics.

Being a nameless adventure seeker, your job is to reach the final level deep within the dungeon and destroy the obelisks that are used by forces of Evil to invade the world.

Use a melee weapon, magic staffs, and antique artefacts, to burst way through the hordes of enemies inhabiting a few game areas.

Eastasiasoft Limited is an independent, Hong Kong–based developer and publisher of interactive entertainment specializing in video games and related media. Founded in 2007, eastasiasoft has published a diverse variety of titles in digital and physical format. Eastasiasoft is a licensed PlayStation, Nintendo Switch and Xbox One publisher. Some of eastasiasoft’s recently licensed and published games are Cursed Castilla, Ghost Blade HD, Unepic, Rainbow Moon and the Söldner-X franchise.

Stately Snail is a small independent game studio, located in Irkutsk, Russia. We’re really passionate about video games, whether as gamers or game developers. You can contact us by email: contactus@statelysnail.com 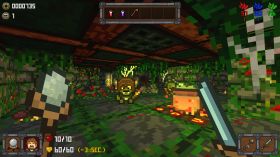 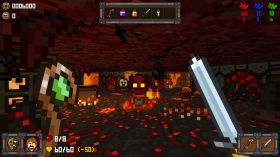 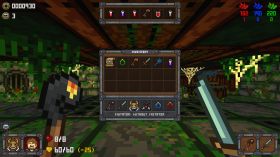 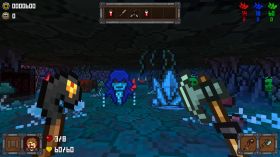 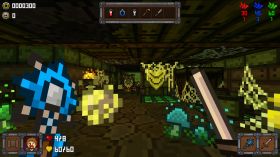