Hong Kong - December 7, 2017 – Eastasiasoft Limited, the independent developer and publisher of interactive entertainment, is excited to launch the post-apocalyptic action adventure VESTA from the Spanish developer FinalBoss Games. Coming to the PlayStation®4 computer entertainment system on December 26, VESTA will first be available in Asia, and will be subsequently released in other territories in 2018.

VESTA combines the challenges of traditional puzzles and arcade gameplay to create an elaborate and fascinating story. Players take on the role as Vesta, a 6-year-old girl, who awakes in a desolate underground labyrinth. With the assistance of her littler helper, Bot, and her friend, Droid, players lead Vesta through more than 30 fascinating levels, full of enemies, traps, obstacles and powerful bosses.

VESTA will launch digitally on the PlayStation®Store in Asia on December 26 for US$14.99. It will also be available exclusively at online retailer Play-Asia.com as a physical Limited Edition for US$29.99. A reservation list has been opened today to secure your physical copy. Limited to just 2500pcs worldwide, the Limited Edition will contain the following items: 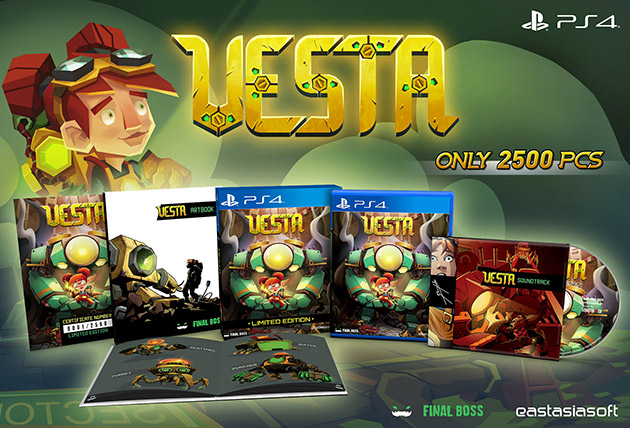 The latest VESTA trailer can be viewed here. Further information on VESTA can be found on the game’s official website and in the press kit.

Set in a technologically advanced post-apocalyptic universe, VESTA combines the challenges of traditional puzzles and arcade gameplay to create an elaborate and fascinating story.

You play as Vesta, a quick-witted 6-year-old girl, who wakes up in a desolate underground labyrinth. With the assistance of her littler helper, Bot, and her friend, Droid, lead Vesta through a range of puzzles to escape the huge mechanical complex.

Gears, robots, mystery, humor, challenges, fun and action... Vesta is all that, and much more!

FinalBoss is a video game developer based in Tàrrega (Lleida), Spain. The studio has been founded by Manuel Usero. Manuel and the studio's lead programmer Eduardo Jiménez have previously worked at a number of renowned studios, including Ubisoft, Pyro Studios, Black Rock Studio and Disney. 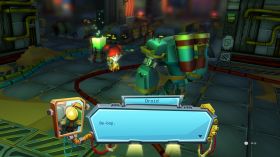 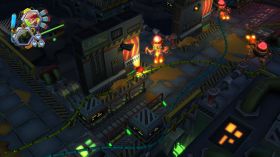 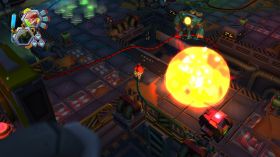 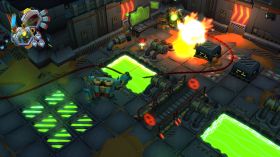 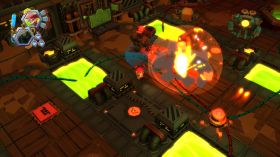