Hong Kong - April 18, 2017 – Eastasiasoft Limited, the independent developer and publisher of interactive entertainment, announced that Cursed Castilla EX, a 2D action platformer from publisher Abylight Studios and developer Locomalito, will launch exclusively in Asia as physical Limited Edition for the PlayStation®4 computer entertainment system in May 2017.

Players can look forward to an exquisite homage to the likes of various great 1980s classics in this highly acclaimed current retro video game. Cursed Castilla EX is the second release in the PS4™ Limited Edition series, published by eastasiasoft and available at Play-Asia.com. 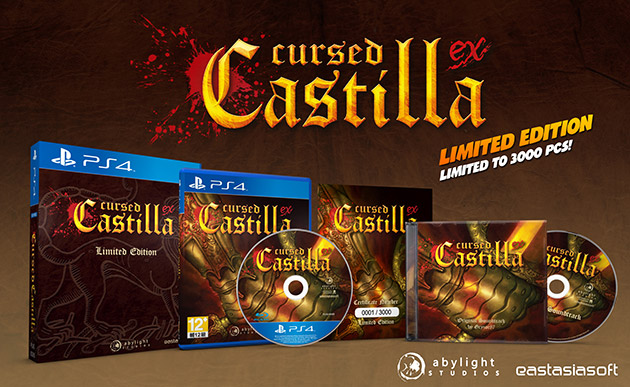 Further information on Cursed Castilla EX can be found on the game’s official website. High resolution product images can be downloaded here.

Abylight Studios is a digital entertainment company based in Barcelona. Initially focused on Nintendo platforms and smartphones, since 2015 Abylight strives for platform diversity and includes independent creators in its catalog. Their most recent project is Cursed Castilla (Maldita Castilla EX), a version of Locomalito's classic retroarcade Maldita Castilla. For more information on Abylight Studios, visit their official website, Facebook, and follow @abylight on Twitter. 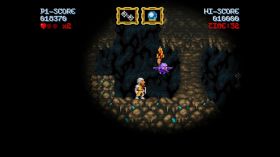 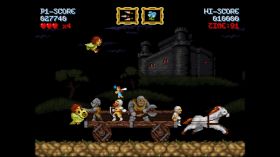 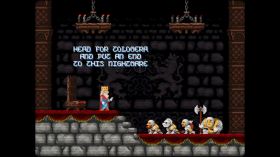 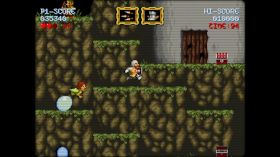 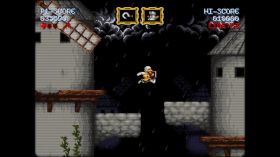