Valfaris is the next game from the developer behind the highly-acclaimed action game Slain: Back From Hell. Valfaris features heavy metal infused 2D action-platforming with brutal combat, deadly enemies and stunning pixel art. Coming to PS4™ and Nintendo Switch, Valfaris is expected to launch in Japan in late 2019 / early 2020.

In Trigger Witch, players immerse into an odd open world where magic is mundane, but firearms are the new unknown. Trigger Witch mixes 2D twin-stick gameplay with an action adventure setting. Nothing gets between you and your large arsenal of firearms. Coming to PS4™ and Nintendo Switch, Trigger Witch will launch in Japan in early 2020.

Valfaris and Trigger Witch will both be playable at the Tokyo Game Show, Hall 10, Booth 10-E17.

Set in a far corner of space, Valfaris is a heavy metal infused 2D action-platformer and the next game from the team behind Unity Awards finalist, Slain: Back From Hell. Brutal combat. Deadly enemies. Stunning pixel art. Savage soundtrack. Get ready to rip the galaxy a new wormhole.

Welcome to the world of Witchcraft and Triggery!

Trigger Witch is a 2D, twin-stick, action/adventure game set in an odd open world where magic is mundane, but firearms are the new unknown! You are Colette, and as you graduate from the Stock, a curious man invades your world...

Eastasiasoft Limited is an independent, Hong Kong–based developer and publisher of interactive entertainment specializing in video games and related media. Founded in 2007, eastasiasoft has published a diverse variety of titles in digital and physical format. Eastasiasoft is a licensed PlayStation, Nintendo Switch and Xbox One publisher. Some of eastasiasoft’s recently licensed and published games are Odallus: The Dark Call, Oniken, GhoulBoy, METAGAL, Reverie, Shikhondo - Soul Eater, Lost Sea, and many more.

Rainbite Limited is an independent game development studio based in Auckland, New Zealand. Rainbite are a small, dedicated team pushing to build high quality games with a focused scope.

Big Sugar is a new publisher that does what it wants. And what it wants is to work with talented independent developers and to publish the unique, fun, compelling, entertaining, memorable, and all-round high-quality games that they create. 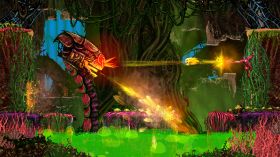 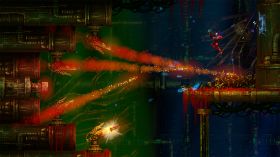 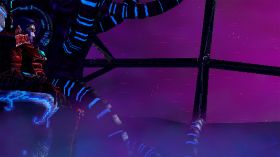 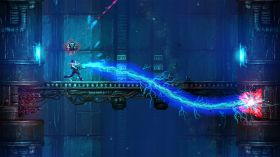 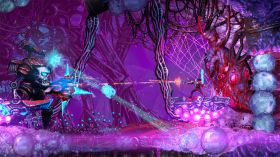