Hong Kong – October 3rd, 2019 - Eastasiasoft Limited today announced that the fruity action ballistics puzzle platformer, Family Tree, will be released on the 10th October 2019 exclusively for the Nintendo Switch™ priced at US$7.99 / EUR7.99 / £6.99 / 800 JPY. Pre-orders will open on October 3rd with a 20% launch discount available through to October 23rd.

A new release date trailer has been released to celebrate, and you can watch it here.

Mr. and Mrs. Fruits have gone to bed leaving their fruit babies chilling outside playing, when all of a sudden, an evil drum ‘n bass loving sugar skull named Pedro appeared and sucked all of the babies into a wormhole, scattering them throughout the forest. Now it's up for Mr and Mrs. Fruits to find all of their babies and bring them safely back home where they belong.

Players assume control of Mrs or Mr Fruits and aim a ballistic arc which shows the projected trajectory, then jump, landing where the trajectory arc predicts. Gameplay involves the player starting each level at the bottom of a tree with the simple aim of finding the goal, collecting as many fruits as possible, whilst avoiding fiendish enemies and obstacles. Once collected, the fruits turn back into adorable fruit-babies!

You can find more info and assets in the presskit here.

Infinite State Games is a two-man indie studio made up of grizzled veterans Charlie Scott-Skinner and Mike Daw. They've been banging out cult hits on consoles for years such as Don't Die Mr. Robot DX and Rogue Aces. Known as ISG amongst its fans, the team champion addictive arcade gameplay, original game mechanics and above all - fruit collecting. For more information on ISG you can follow them on Twitter here and view their website here. 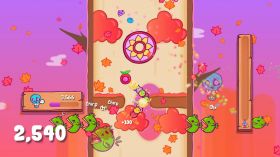 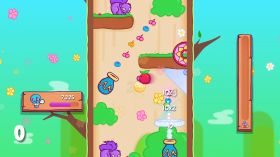 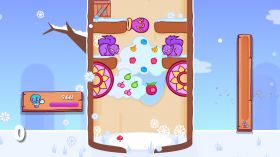 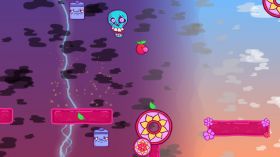 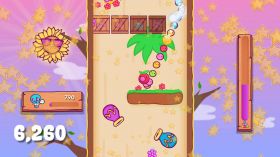