Some independent developers might be content working on major IPs like Star Wars: Commander or popular mobile games like Heroes of Warland, but for Argentinian studio Ravegan that has contributed to those segments of the industry, it’s also critical to create something of their own, something fresh and unique produced from the ground up by their own expansive pool of talent.

That’s part of the drive behind Ravegan’s most recent project, Teratopia, a vibrant and whimsical beat ‘em up inspired by ‘90s platformers such as Banjo-Kazooie or Conker’s Bad Fur Day. Similar to those long-time favorites featuring naughty jokes from wisecracking mascots, Teratopia revels in gross and weird imagery surrounded by lush and diverse environments, a stark contrast that becomes more endearing as you spend time with the game.

The team at Ravegan is about 30-strong and draws from more than 10 years in game development, perhaps most recognized for their 3D twin-stick shoot’em up Blue Rider. They know their stuff, and it’s evident in their latest work. All of the 2D and 3D assets in Teratopia (enough to fill its eponymous “Teratopedia”) have been created by Ravegan employees, an impressive feat in a business where the nuts and bolts of a 3D game are often assembled from dozens of outsourcing partners. Everything from game design and concept art to textures, animation, UI, VFX and programming has been handled in-house.

The only discipline that required any sort of external talent was Teratopia’s soundtrack. This came as the final phase of Teratopia’s production and acted as a finishing touch for the project. As a result, the music of Teratopia is somewhat self-referential, directly inspired and shaped by the passion Ravegan poured into development prior to reaching that stage. Recorded at studio 440 in Córdoba, Argentina, scoring was led by Ariel Contreras-Esquivel, a long-time friend of Ravegan CEO Daniel Igarza.

Teratopia’s development journey brings it to Steam, Xbox One and PS4 this week! Players will take the role of three unlikely heroes as they defend their homeland against a family of alien invaders, traversing 13 colorful landscapes and challenging 11 obnoxious bosses along the way. Each Teratopian will bring unique skills to the fray – Tucho is a brawler, Benito is a shooter, and Horacio is a trickster! Together, they form a crude but unforgettable trio emblematic of the passionate creators who brought them to life.

We hope you’re as excited about playing Teratopia as we have been about bringing it to PC and console! 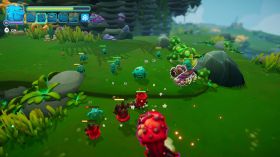 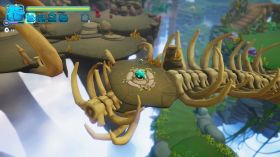 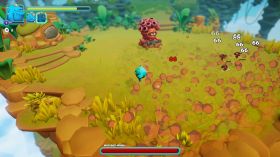 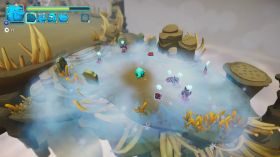 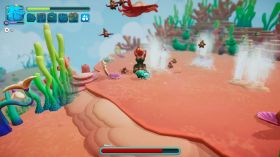