Survive the grind in hundreds of grisly platforming challenges!

Tokyo/Hong Kong – January 28, 2021 – Independent developer and publisher, Eastasiasoft Limited, today announced that the tough-as-nails platformer Super Meat Boy from developer Team Meat and porting specialist BlitWorks will launch on the Nintendo eShop in Japan, Hong Kong/Taiwan, and Korea on February 10th. Super Meat Boy will be available at ¥1480 / HK$108 / KRW 15,000 (all prices including tax) with a 20% launch discount for a limited time.

Since its original release in 2010, Super Meat Boy has won numerous awards and has often been listed among the greatest video games of all time. Played by millions around the world, it’s especially noteworthy for memorable art and music, clever level design, tight controls and immensely challenging gameplay. Now, with its arrival on Nintendo Switch, Super Meat Boy gains a brand new way to play with friends or family. In RACE MODE, players face off to see who can get through stages the fastest, with a wide variety of settings to make each competition unique.

Super Meat Boy has been localized in a large number of languages, including Japanese, Traditional Chinese, and Korean for Asia region.

Super Meat Boy is a tough-as-nails platformer where you play as an animated cube of meat who's trying to save his girlfriend (who happens to be made of bandages) from an evil fetus in a jar wearing a tux. Our meaty hero will leap from walls, over seas of buzz saws, through crumbling caves and pools of old needles. Sacrificing his own wellbeing to save his damsel in distress.

And now coming first to Nintendo Switch™ is a brand new way to play Super Meat Boy with your friends. Introducing "RACE MODE"! In this 2-player split screen race, friends (or enemies) can compete against each other through individual chapters, randomized levels, or the entire game! Choose light world, dark world, or both and have at it. Side effects may include: elevated heartbeat, severe anxiety, hubris, and schadenfreude.

Based in Barcelona and founded in 2012, BlitWorks is a porting and digital publishing studio notorious for the outstanding quality of its ports. Recent works include the conversion of acclaimed games such as Super Meat Boy, They Are Billions, Divinity: Original Sin 2, Sonic CD, FEZ, Spelunky, Bastion and Don’t Starve to all brands of consoles and mobile platforms.

Meat Boy took the world by storm in 2008 when it was conceived as a free Flash game by developers Edmund McMillen and Jonathan McEntee. This devilishly difficult love letter to arcade platformers went so viral that over 8 million people played it. Due to its popularity, Team Meat founders Edmund McMillen and Tommy Refenes collaborated on a commercial successor that became the 2010 megahit Super Meat Boy, which went on to sell over a million copies in its first 15 months. 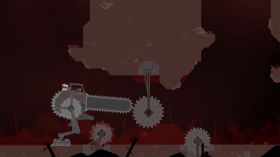 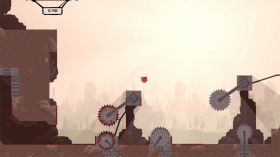 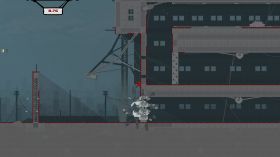 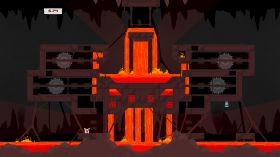 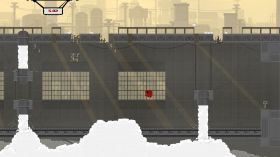