Hong Kong – May 10, 2021 – Independent developer and publisher, Eastasiasoft Limited, today announced that Rift Racoon will arrive on consoles May 12th. This new pixel art platformer will be available digitally for Nintendo Switch, PlayStation®4, PlayStation®5, Xbox One and Xbox Series X|S.

Rift Racoon is an intense precision platformer featuring a lost racoon named Tucker, who happens to possess teleportation powers. Tucker can warp through obstacles and across large pitfalls, or he can use his more natural talents to claw his way up walls or leap over deadly spikes. By combining these skills, players must navigate 50 cleverly designed levels and avoid a mysterious robot that keeps tailing Tucker.

Rift Racoon has been developed by Marcos Game Dev and is published by Eastasiasoft Limited in worldwide console release. Porting has been handled by Ratalaika Games. Digital pricing will be at US$4.99/€4.99, with an additional 20% launch discount available for select platforms and regions.

Get ready for intense precision platforming as you take the role of a rascally racoon named Tucker who possesses a curious ability – teleportation! Tucker needs your help to find a way home and escape the mysterious robot that won’t get off his tail. Use his claws to climb walls, leap over pitfalls and spikes, teleport through barriers and more across 50 handcrafted levels.

Tucker may be cute, but the challenges he faces aren’t for the faint of heart. These thrilling stages will challenge even the most advanced platforming aficionados! The controls are easy to learn but tough to master. With each failure, you’ll learn from previous mistakes and quickly respawn back into action. Do you have the stripes to get Tucker through it all alive?

Eastasiasoft Limited is an independent, Hong Kong–based developer and publisher of interactive entertainment specializing in videogames and related media. Founded in 2007, eastasiasoft has published a diverse variety of titles in digital and physical format. Eastasiasoft is a licensed PlayStation, Nintendo Switch and Xbox One publisher. Some of eastasiasoft’s recently licensed and published games are Moero Crystal H, Ghost Blade HD, Gunlord X, Sword & Fairy 6, Rainbow Skies, Rainbow Moon, and the Söldner-X franchise.

Marcos Game Dev is a Brazilian independent game developer with a passion for designing challenging games, mostly platformers. Marcos is an accomplished programmer and game designer, working with friends and colleagues in the art and music department to deliver fun and difficult games with tight controls. To date, Marcos has developed Rift Racoon, Super Forklift 3000 and Explosive Candy World. 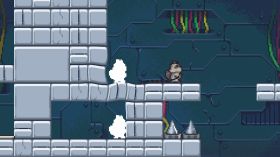 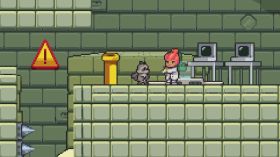 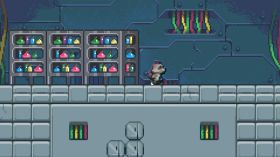 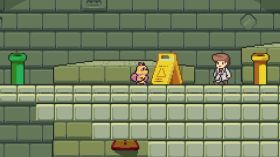