Metaloid: Origin is the sequel to the run-and-gun classic METAGAL. This entry features 3 playable characters with unique abilities and 9 biomes to traverse, as well as multiple difficulty settings to keep the experience as accessible as it is challenging. Metaloid: Origin shares the same endearing pixel art style and musical composer as METAGAL, lending familiarity amidst a bevy of gameplay improvements.

Eastasiasoft Limited is an independent, Hong Kong–based developer and publisher of interactive entertainment specializing in video games and related media. Founded in 2007, eastasiasoft has published a diverse variety of titles in digital and physical format. Eastasiasoft is a licensed PlayStation, Nintendo Switch and Xbox One publisher. Some of eastasiasoft’s licensed and published games include Empire of Angels IV, Moero Crystal H, Ghost Blade HD, Sense: A Cyberpunk Ghost Story, Sword & Fairy 6, Rainbow Skies, Rainbow Moon, and the Söldner-X franchise.

Located in Thailand, Retro Revolution is an indie development studio founded in 2013 by Tharathon Wattanavikrai and Alberto Dolci. METAGAL was their first video game project to reach wide release, and they have since continued the franchise with Metaloid: Origin.

Also located in Thailand, 7 Raven Studios has been making games since 2006. The company’s founder started developing on the Commodore 64 and Amiga home computers and continued through Super Nintendo and Game Boy Color. Now as 7 Raven Studios, the company’s mission statement is to craft experiences that are fun to the player. They have worked on releases for Game Boy Advance, DS, 3DS, mobile, PC, Xbox One, PlayStation and Nintendo Switch. 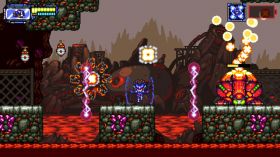 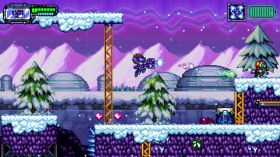 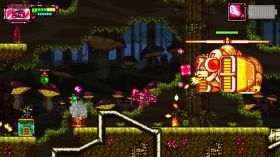 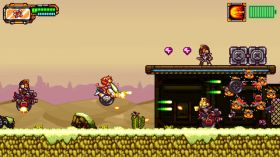 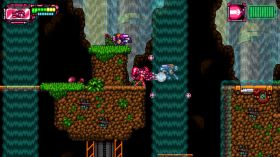