Hong Kong - January 9, 2018 – Eastasiasoft Limited, the independent developer and publisher of interactive entertainment, and publisher Digerati Distribution are excited to continue their collaboration and launch the 2D action-platformer and indie smash hit Bleed with its sequel Bleed 2 as a limited-edition box set for the PlayStation®4 computer entertainment system in Asia this month.

Hailed as "one of the best Xbox Live indie games of all time" by GamesRadar, Bleed is a run-and-gun action-platformer that focuses on stylish, acrobatic dodging and fluid, challenging gameplay.

In Bleed 2, the pink-haired heroine Wryn returns, as she fights to defend the globe from an invading force of villains. Players can look forward to 7 intense levels with over 25 boss fights, improved controls, various difficulty settings, 2-player local co-op and unlockable weapons, characters and abilities as well as multiple game modes.

Bundled as one beautiful collector’s box set and limited to just 3000 pcs, the complete Bleed collection is now available for pre-order at Play-Asia.com for US$39.99. The Bleed & Bleed 2 Limited Edition contains the following items: 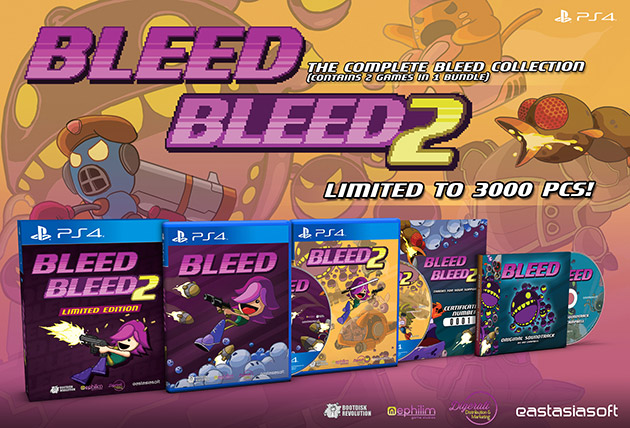 For further information on Bleed and Bleed 2, visit:

Wryn is a girl with a big arsenal and big dreams – she wants to be the ultimate videogame hero! Help her take down the Greatest Heroes of All Time in an action-packed bid to claim the title for herself and show the world what a true hero looks like!

Bleed is an action-platformer focused on stylish, acrobatic dodging and fluid, challenging gameplay. There's no filler – just you and your skills against seven levels of enemies, obstacles, breakneck set-pieces and inventive bosses!

A furiously fun and fast-paced arcade action game, Bleed 2 welcomes back pink-haired heroine Wryn, the world’s greatest – and only remaining – hero, as she fights to defend the globe from an invading force of villains. Master the art of air-dodging and bullet-reflecting to stylishly take down a relentless barrage of bad guys and bosses (and naughty kittys!), and make sure Wryn lives up to her title as the Greatest Hero of All Time!

Digerati Distribution & Marketing are specialists in independent PC and console video game PR, Marketing & Distribution. A new breed of publisher providing the versatility and flexibility needed in this modern landscape. 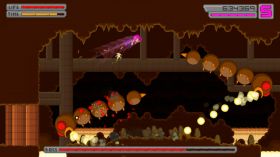 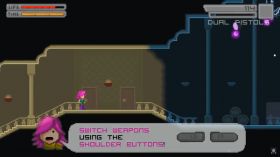 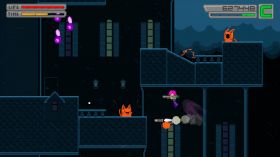 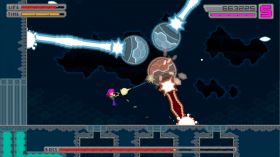 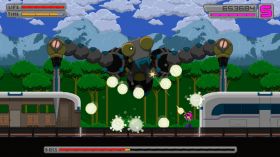