Notice: Undefined index: loggedIn in /home/eastasia/public_html/press/press.php on line 17
 Without Escape - Can you escape the nightmare in Without Escape? - eastasiasoft

Available digitally this week for Nintendo Switch, Xbox One, PS4™ and PS Vita

Hong Kong - January 13, 2020 – Independent developer and publisher, Eastasiasoft Limited, today announced that the first-person point & click graphic adventure Without Escape, developed by Bumpy Trail Games and ported and published by eastasiasoft will be available this week for Nintendo Switch, Xbox One, PS4™ and PS Vita.

Inspired by horror adventures of the early 90s, Without Escape takes players on an unforgettable journey from our “reality” straight down to a hellish plane of existence.

Woken up abruptly by a strange noise, you suddenly find yourself plunged into a new dimension of fear. Your home is seemingly no longer yours; you sense demonic forces stalking every corner as the walls grow fat with the festering secrets within. There is no escape from the waking nightmare – no matter how hard you try to break through the doors!

Can you escape the nightmare and find the answers you're looking for?

Without Escape will be playable in English, Spanish, French and German. Cross-Buy is supported on PlayStation platforms. A 20% launch discount will be available on selected platforms.

For more information on Without Escape, visit:

Can you escape the nightmare and find the answers you're looking for?

Without Escape is a tribute to first-person graphic adventures of the early '90s with an interactive story told through pre-rendered backgrounds and full-motion video. Explore the confines of your own home as you flip between a mundane existence and a terrifying otherworld. Are you prepared to endure the horrors that await you?

Located on the beautiful Spanish island of Majorca, Bumpy Trail Games focuses on developing gripping, mysterious adventure titles. Prior to founding the studio in 2017, Miguel Antonio Rivera Casas was a programmer and technical artist on Byte4Games’ Demon’s Crystals – published by BadLand Games. Without Escape is Bumpy Trail Games’ first title. To learn more about Without Escape and Bumpy Trail Games, please visit http://bumpytrailgames.com. 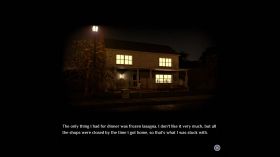 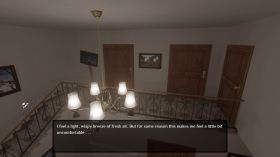 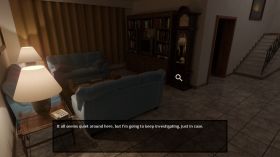 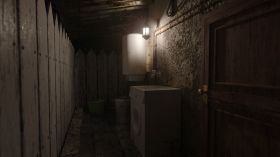 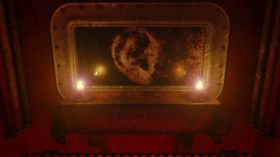