Hong Kong – July 19, 2021 – Independent developer and publisher, Eastasiasoft Limited, today announced that Bishoujo Battle Mahjong Solitaire will be the next console release in ongoing partnership with Japanese developer ZOO Corporation. This arcade-inspired action puzzler will be available digitally on PlayStation®4, PlayStation®5 and Nintendo Switch in North America, Europe and Australia July 22nd, followed by launch in Asia and Japan on July 29th.

Featuring 10 mecha musume and girls with guns from Japan’s popular “Rick G Earth” strategy game universe, Bishoujo Battle Mahjong Solitaire offers a casual and highly replayable experience based on classic tile-matching rules. For every 3 stages cleared, new outfits are uncovered and unlocked for each character, which can then be viewed any time in the alluring Dressing Room mode. Players can select between Easy difficulty with time limits disabled or Challenge mode with scores ranked across online leaderboards.

The console version of Bishoujo Battle Mahjong Solitaire is ported and published by Eastasiasoft Limited. Digital pricing on Nintendo Switch and PlayStation®4/PlayStation®5 will be set at US$5.99/€5.99/¥600, with an additional 20% launch discount available on the eShop.

Let the mobile military girls of “Rick G Earth” be your companions as classic tile-matching gets more exhilarating than ever! Find pairs of mahjong tiles to remove them from the board. Plan your moves strategically and stay ahead of the clock to claim victory. Every 3 rounds of play, you’ll unlock a new costume for the girls, and more will be revealed as you progress.

Of course, the important part of any solitaire game is replayability. With more than 100 tile layouts and randomized patterns, Bishoujo Battle Mahjong Solitaire offers endless incentive to keep coming back for more, just in case the anime-style fan service isn’t reason enough. You can also view unlocked characters and costumes in the Dressing Room!

ZOO Corporation is a Japanese company that develops video games and medical prescription systems for pharmacies. Founded in 1986, their team of programmers is highly experienced, having released dozens of unique games on PC and mobile platforms over the years. 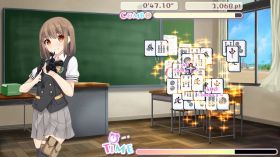 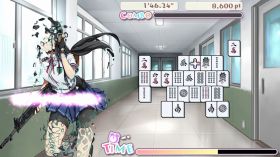 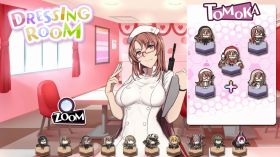 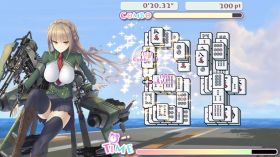 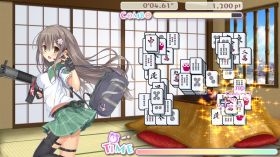