Hong Kong - November 15, 2018 – Eastasiasoft Limited, the independent developer and publisher of interactive entertainment, is excited to launch the hyperactive arcade shoot 'em up Hyper Sentinel for Nintendo Switch on November 22nd. The game can now be pre-ordered on the Nintendo eShop in Japan. A trial version is also available for free download.

Hyper Sentinel is a pure arcade flip and scroll shooter, shot through with classic gameplay in a state-of-the-art, modern game. It doesn’t just inspire nostalgia – it repackages what makes people nostalgic and adds a smart, modern feel to create the ultimate Neo Retro experience.

With simple controls, fast-paced action and intuitive gameplay, Hyper Sentinel is the ultimate pick-up-and-play experience that lets players jump into the role of a lone ship defending the earth from marauding aliens, adding no extra waffle than that.

Hyper Sentinel is fully localized in Japanese and will be available at ¥1080 (including tax). Players can enjoy a special 10% launch discount on purchases made on or before December 5th.

The Hyper Sentinel launch trailer can be viewed here. Further information on Hyper Sentinel can be found on the game’s official website and in the press kit.

Eastasiasoft Limited is an independent, Hong Kong–based developer and publisher of interactive entertainment specializing in video games and related media. Founded in 2007, eastasiasoft has published a diverse variety of titles in digital and physical format. Eastasiasoft is a licensed PlayStation, Nintendo Switch and Xbox One publisher. Some of eastasiasoft’s recently licensed and published games are Shikhondo – Soul Eater, Ghost Blade HD, Reverie, Rainbow Moon and the Söldner-X franchise.

Huey Games is an independent developer and publisher founded by industry veterans Andrew Hewson, Rob Hewson, and John Ogden. Hyper Sentinel was created by Jonathan Port of Four5Six Pixel and developed in collaboration with Huey Games. 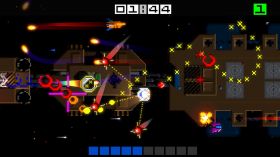 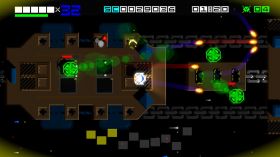 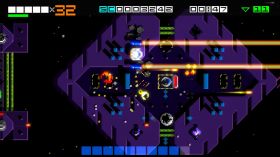 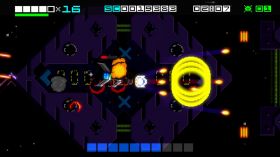 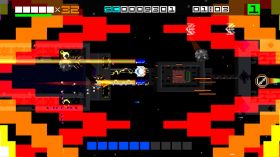