Jump Back in Time & Free your Inner Caveman: Caveman Warriors Launches this November

Hong Kong - October 20, 2017 – Eastasiasoft Limited, the independent developer and publisher of interactive entertainment, is excited to launch the 4-player co-op platformer Caveman Warriors in Asia this November. Caveman Warriors will be available for the PlayStation®4 computer entertainment system digitally and as a Limited Edition physical release.

In Caveman Warriors, players experience an epic, multiplayer adventure in which a group of brave cavemen are called upon to save the world from an evil alien invasion. Caveman Warriors can be enjoyed in solo mode or with up to three friends simultaneously. Different playable characters with unique abilities, a large variety of crazy enemies, boss battles and lots of secrets to uncover guarantee fun for countless hours.

Caveman Warriors will be available on the PlayStation®Store in Asia on November 17 for US$14.99.

The Caveman Warriors Limited Edition release will include just 2,600 copies and will be sold exclusively at online retailer Play-Asia.com for US$29.99. A reservation list has opened up today at Play-Asia.com. 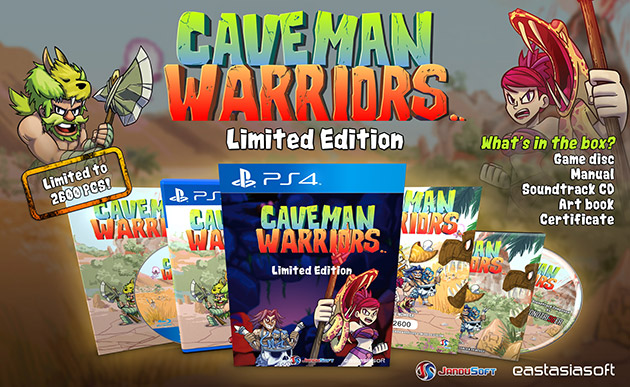 The aliens are here to destroy the planet! We need you, brave caveman, to save this prehistoric world. If you are strong enough and up for the challenge, go ahead! Or team up with up to three of your friends, and enjoy four-player co-op madness as you work together to set your world free of invaders and advance to discover striking new places.

Embark on the adventure of Caveman Warriors by choosing between Jack, Brienne, Moe and Liliana. Each hero has different attacks and abilities that are the key to solving challenges along the way. Experiment with them all to advance through our beautifully crafted 2D levels, and beat the crap out of your crazy enemies. Fight dangerous and unique bosses, and prepare yourself for the unexpected gameplay twists that will require the best of every caveman.

JanduSoft S.L. was founded in Barcelona by Jose Antonio Andujar, an indie game developer who wanted to create something innovative. In 2011 Jandusoft published its first game, Guess the Character!, which was downloaded more than 13 million times. Since then, the company has grown with the focus of creating brand new games. 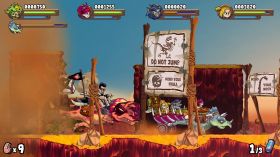 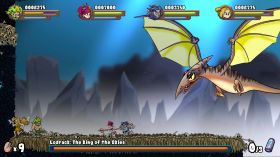 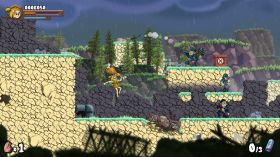 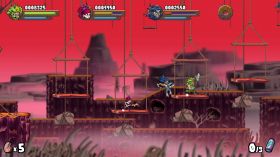 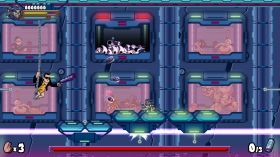