Body-snatch your way through the '80s! Twin-stick shooter 'HyperParasite' launches next week!

Hong Kong - March 26, 2020 – Independent developer and publisher, Eastasiasoft Limited, are pleased to announce that the rogue-lite twin-stick snatch, zap and shoot ‘em up, HyperParasite from developer Troglobytes Games, launches in Asia and Japan on April 2nd (for Nintendo Switch) and April 3rd (for PlayStation®4). HyperParasite will be priced at US$17.99 / HK$ 138 / ¥1980 (incl. tax). A 30% launch discount will be available on both platforms. The Nintendo Switch version is now available for digital pre-load.

HyperParasite is a fresh take on the twin-stick shooter, offering incredibly slick fast-paced action, responsive controls and has more mullets than you can shake a pink neon sock at.

With 60 classes of host, each of which can be snatched and controlled, to take advantage of their unique skills and weaponry. Laced with comedy, a bodacious synth-wave soundtrack and rad retro visuals that drags the player kicking and screaming back to the 80s! HyperParasite is a game full of outrageous and rip-roaring brawling action that throws down the fingerless glove to its challengers.

For more information on HyperParasite, visit:

HyperParasite is playable in English, Japanese, Traditional Chinese, Simplified Chinese, Italian, German, Polish, Portuguese, Russian, French, and Spanish. HyperParasite will be available in other regions at the same time. All versions released outside of Asia & Japan will be published by Troglobytes Games & Hound Picked Games.

For Steam, Xbox One and US/EU review codes, please contact dan@prhound.co.uk with your name, site and platform of choice.

HyperParasite is a rogue-lite twin-stick shooter/brawler that never plays the same twice. Collect and control 60 different characters as the body-snatching alien Parasite with a grudge against humanity. Fight to the top of the food chain: possess the President, push the Big Red Button and one-up the human race.

A small independent video game development studio based in Barcelona, Spain, founded by both industry veterans and young talents. We love playing and creating video games. Our mission is to create innovatively high-quality games on various platforms using the latest in technology, while primarily focusing on storytelling and aesthetics. Learn more: http://www.troglobytesgames.com 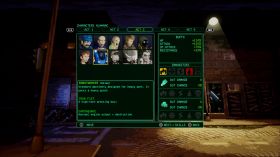 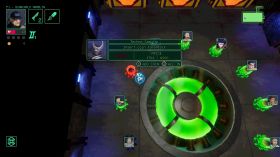 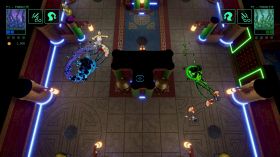 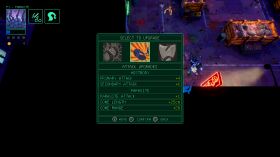 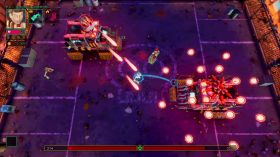