Preorders opening this week for definitive 3-in-1 Limited Edition

The story of LoveKami Trilogy follows the descent of numerous young goddesses upon Japan, where they integrate with society to learn more about the human world. Each arc brings new alluring females into the mix, from idol auditions in Akihabara to romantic encounters in the lush Japanese countryside. Players choose from multiple character routes that alter the narrative and ultimately decide which divine female companion they will romance.

LoveKami Trilogy is developed by PULLTOP, the same team behind acclaimed romantic visual novel If My Heart Had Wings, localized in English by MoeNovel. This physical release by Eastasiasoft Limited will include Traditional Chinese text support for all three collected titles in addition to English, Japanese and Simplified Chinese. Preorders for physical editions will open with online retail partner Playasia at 11:00pm Hong Kong (10:00am ET / 3:00pm UK) this Thursday, November 18th. Only 2000 Limited Editions will be available at US$49.99. Standard copies will be open preorder at US$39.99.

When countless goddesses suddenly appear in Japan wishing to learn more about the human world, a Divine Education Act is passed to restore order. Now one year later, the subculture holy land and heart of Divine Idol culture known as Akihabara houses the seven lucky goddesses who dominated as idols in L☆SEVEN. A glamorous and splendid contest is being held for auditions, containing everything that goddess' dreams are made of. The stage is set for an unforgettable saga of voluptuous proportions!

Laugh, grow, and even cry with the goddesses who descended from the sky and are aiming to become top level idols in LoveKami: Divinity Stage, then help rehabilitate those naughty deities who refuse to follow the rules in the next story arc, LoveKami: Useless Goddess! Finally, follow the narrative six years after the goddess’ descent in LoveKami: Healing Harem, a captivating tale set in a quiet mountain shrine where cursed goddesses hope to find love and perhaps marry the man who helps solve their troubles!

LoveKami Trilogy brings every chapter of the alluring series together into one definitive experience! Each game presents a beautifully illustrated visual novel adventure with multiple character routes. Which of their divine hearts will you be open to you?

Eastasiasoft Limited is an independent, Hong Kong–based developer and publisher of interactive entertainment specializing in video games and related media. Founded in 2007, eastasiasoft has published a diverse variety of titles in digital and physical format. Eastasiasoft is a licensed PlayStation, Nintendo Switch and Xbox One publisher. Some of eastasiasoft’s recently licensed and published games are Xuan Yuan Sword 7, Empire of Angels IV, Moero Crystal H, Omen of Sorrow, Trigger Witch, Rainbow Skies, Rainbow Moon, and the Söldner-X franchise.

MoeNovel is a brand focused on localizing visual novels with high quality HD visuals and cinematics. Aside from the recent LoveKami series and previous collaboration with Eastasiasoft Limited to offer physical editions of If My Heart Had Wings, MoeNovel has produced English versions of A Sky Full of Stars, Adventure of a Lifetime and other acclaimed Japanese visual novels. 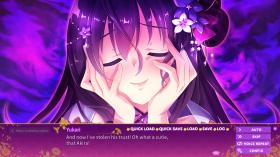 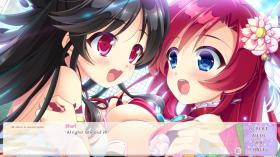 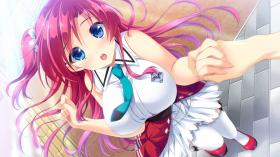 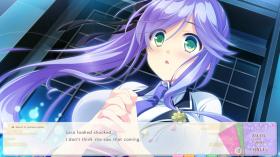 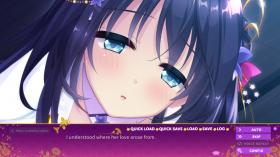