Official release dates revealed for Ayo the Clown and The Sorrowvirus: A Faceless Short Story

Colorful and charming 2.5D action platformer Ayo the Clown will arrive on new platforms PS4, PS5, Xbox One and Xbox Series X|S April 22nd. Digital pricing is set at US$19.99 / €19.99, with a 20% launch discount available on select platforms following release. Physical editions are in the works and further details will be shared at a future date. Ayo the Clown is the lovingly crafted work of Cloud M1, having been featured in Nintendo’s Indie World showcase following a successful Kickstarter campaign and subsequently receiving critical acclaim in its original Nintendo Switch release.

Haunting psychological horror The Sorrowvirus: A Faceless Short Story will follow shortly after, releasing on Nintendo Switch, PS4, PS5, Xbox One and Xbox Series X|S April 27th. Digital pricing is set at US$14.99 / €14.99, with an additional 20% launch discount available on select platforms for a limited time. The Sorrowvirus: A Faceless Short Story is a stand-alone adventure and masterful creation of visionary developer and British TV actor Adam Sklar (Cast: Henry Percy, A Discovery of Witches).

Both games have been ported in close cooperation with Eastasiasoft Limited and headlined among the most anticipated games of the publisher’s latest video showcase premier.

For more details on Ayo the Clown, please visit:

For more details on The Sorrowvirus: A Faceless Short Story, please visit:

About Ayo the Clown

In Ayo’s hometown, things are generally peaceful. Accompanied by his talented circus dog Bo, Ayo juggles in the park, hangs out at the carnival and longs after the Shoemaker’s granddaughter. Then one fateful day, Bo mysteriously goes missing, turning Ayo’s world upside-down! Take the role of this loveable little clown as he searches for his best friend and beloved dog across the colorful yet perilous lands beyond their circus town.

Ayo the Clown is a side-scrolling action platformer inspired by genre classics, enriched with vibrant 2.5D presentation and imaginative designs! Ayo’s quest will lead him through a wide variety of themed stages, all with collectibles to discover and unique obstacles to overcome. As Ayo, you’ll jump, slide, stomp on baddies, pick up useful weapons and much more! Like all good adventures, you won’t be all on your own, either. Ayo’s world is full of friendly people and interesting creatures that are willing to lend a helping hand along the way!

About The Sorrowvirus: A Faceless Short Story

Follow the journey of Wyatt Heyll, a young man stricken with a multitude of ailments from an early age. On the verge of death, Wyatt’s parents administer a paranormal substance known as the Sorrowvirus, which contaminates the human soul and prevents it from passing on to the afterlife. This causes a subject to fall into Purgatory instead, where they can heal and return to life. However, every time Wyatt comes back, his cancers and illnesses return more quickly than before.

Wyatt's parents allow him to continue dying over and over while they perform research on organic particles found in Purgatory that may cure him once and for all. Having died so many times, Wyatt simply wants to let go. Your objective is to set Wyatt free from his everlasting torment. Navigate haunting environments in first person, solving puzzles and discovering clues to unravel Wyatt’s tragic tale. With four endings in sight, only one is the true path.

Cloud M1 is a small international team of indie developers dedicated to making fun and unique game that players of all ages can enjoy. It is headed by creator Xiu Liang, the proud father of two young boys who served as inspiration for Ayo the Clown, and perhaps its most important play testers.

Adam Sklar is a talented solo game developer and creator of the Faceless world of interconnected horror-themed fiction. He is also an accomplished social media manager who has worked on such IPs as Five Nights at Freddy’s and a regular cast member on acclaimed British TV series A Discovery of Witches, in which he portrays the character Henry Percy. 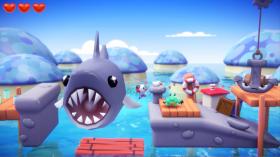 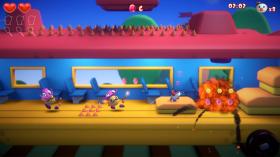 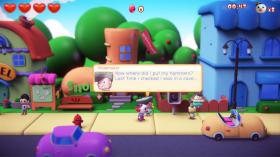 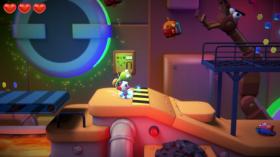 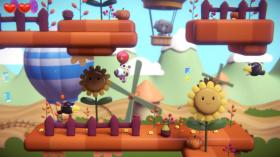